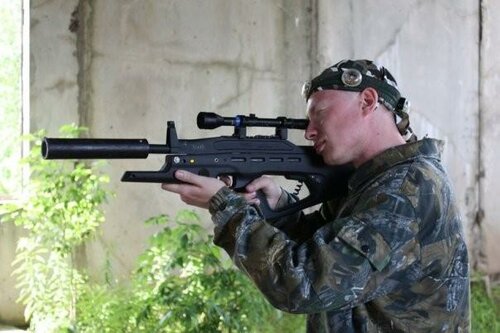 LONDON — A British veteran's last wish to have a sword of surrender returned to the kin of its previous owner has been fulfilled after an extensive hunt in Japan.

Lt. Col. William Weightman received the sword, which was made in 1624, from Maj. Gen. Shozaburo Iino on Dec. 15, 1945, when Allied forces took the northern tip of Sumatra.

While on his deathbed in North Yorkshire, Weightman told his old friend, Michael Daly, to complete a final mission on his behalf.

"When he got cancer I was summoned to his house and he handed over the sword to me in January 2009, and said 'your task is to find the family of Maj. Gen. Iino,' "said Daly, bursar of Teikyo University of Japan in Durham, which is in northern England.

Weightman "was instrumental in seeking forgiveness for the brutal actions of the Japanese in World War II and he believed that acts such as the return of this sword had a significance in the overall reconciliation process. He also simply wanted the family to receive what was rightfully a part of their peacetime inheritance."

Weightman died at age 83 in February 2009, and Daly, together with Noboru Nakayama of Teikyo passed on all the information they had to the Japanese Consulate in Edinburgh.

And after about 18 months, the consulate tracked down Iino's 91-year-old daughter, Mitsu Yamanaka, and grandson, Jun, who live in Tokyo.

"They were absolutely delighted and were happy to receive the sword from the Weightman family," Daly said.

Weightman's wife, Valerie, and the couple's three daughters went to the university in July to give an official farewell to the sword before it was packed up and shipped to Tokyo.

"It was emotional because 'Colonel Bill' was a very nice man and on that day I just felt that we had, after 18 months of searching, got this sword on its way back to its home territory," Daly said. "I was happy for 'Colonel Bill.' "
http://www.japantimes.co.jp/text/nn20111006f1.html?utm_source=feedburner&utm_medium=feed&utm_campaign=Feed%25253A+japantimes+%252528The+Japan+Times%25253A+All+Stories%252529

Clip from the 1937 UK movie "Our Fighting Navy" / "Torpedoed" (66 min). A British warship intervenes to protect British subjects and prevent a rebellion in a South American republic.
Collapse