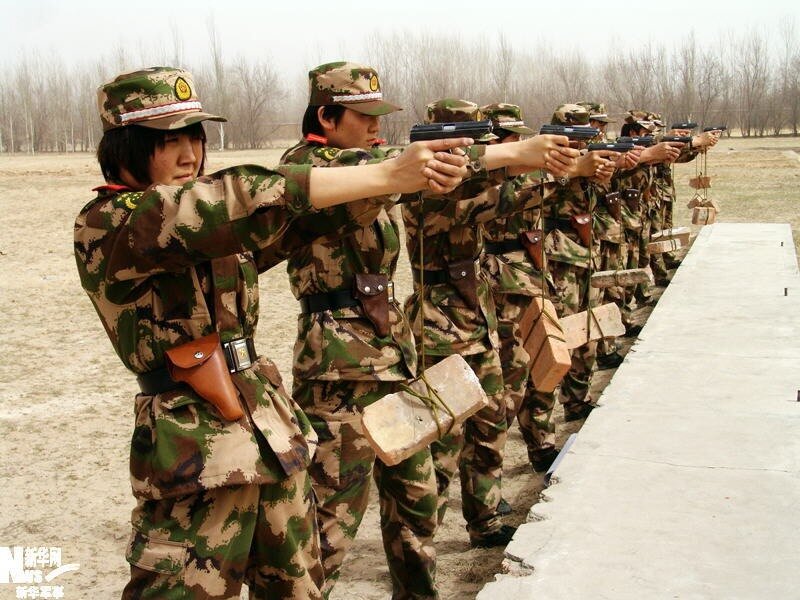 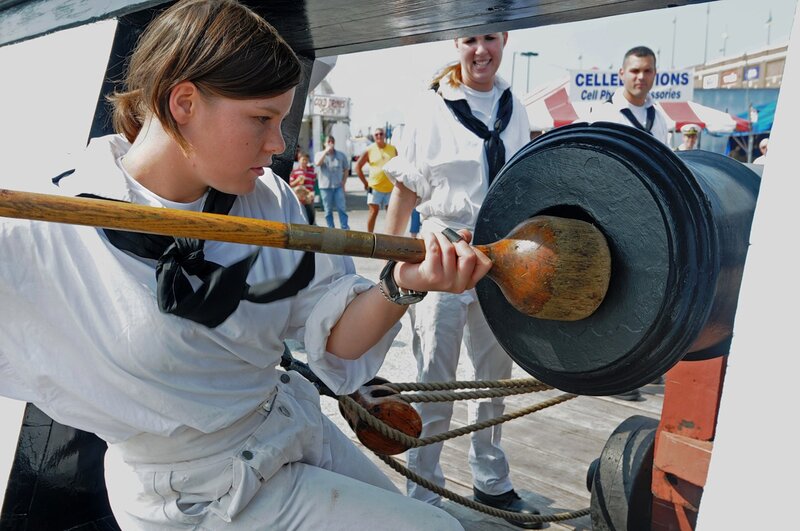 YORK, Pa. (Sept. 15, 2009) Seaman Sarah Rickett, assigned to USS Constitution, demonstrates how Sailors in the past would prepare a cannon for firing. The gun drill demonstration by the Constitution crew was one of many Navy events scheduled during York Navy Week, one of 21 Navy Weeks planned across America in 2009.(U.S. Navy photo by Mass Communication Specialist 2nd Class Devin Thorpe/Released) 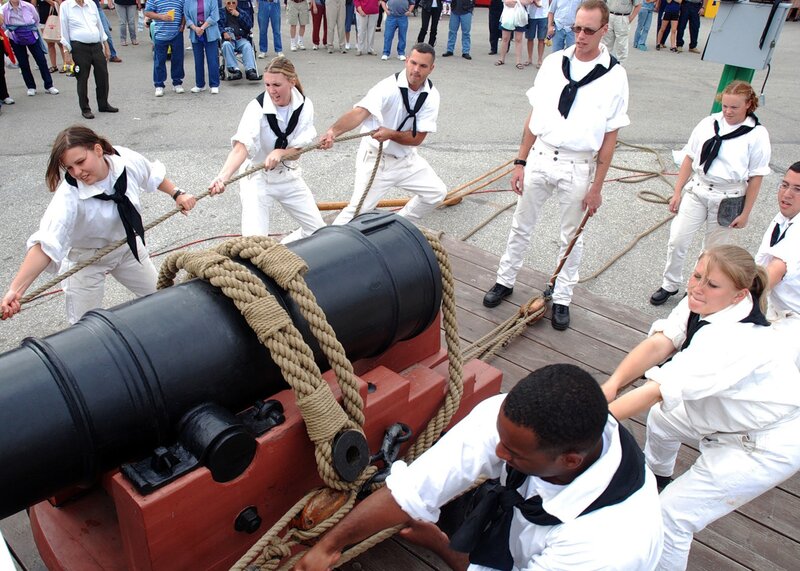