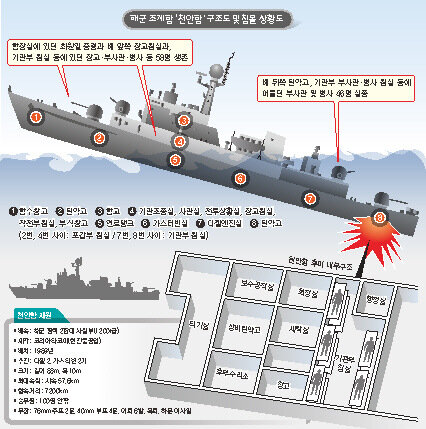 The illustration shows the layout and probable chain of events of Patrol Combat Corvette (PCC) Cheonan. Most of the officers in the officers quarters located in the front of the PCC were rescued, while many sailors in the sailors quarters in the stern of the PCC are among those who are missing. From the left, 1. warehouse 2. powder magazine 3. bridge of the ship 4. combat intelligence center 5. fuel tank 6. gas turbine room 7. diesel engine room 8. powder magazine and sleeping quarters (located between numbers 2 and 4, and between numbers 7 and 8)

The Ministry of Defense dispatched the 3,000-ton vessel Gwangyang and two 730-ton mine sweepers on Sunday to the location where the Patrol Combat Corvette (PCC) Cheonan sank after splitting in two following an explosion of unknown causes Friday. On Monday, full-scale search operations for the missing and the sunken hull are scheduled to be underway with the participation of U.S. warships.

Three days after the accident, however, all that has been recovered are life jackets, safety helmets and floating bulletproof vests. The search for the cause of the explosion and the missing has not progressed far. It also has yet to be confirmed whether the 46 missing are dead or alive.

On Sunday, the military sent 30 and 29 divers, respectively, to the presumed locations of the sunken stern and bow sections to search for and potentially rescue the missing. Progress was reportedly slow, however, as divers worked amid limited visibility, finding it difficult to see with strong currents in the area turning up substantial amounts of sand.

The Cheonan split in two about one third of the way in from the stern. The stern section lies where the vessel sank, but the bow is believed to be have drifted due to the strong current to a seaweed-infested spot some four miles away between Baengnyeong Island and Daecheong Island. A military official said they have a general idea of the bow’s location, but they have mobilized minesweepers to determine the exact location.

Attending the fourth security-related ministerial meeting at the Cheong Wa Dae (the presidential office in South Korea or Blue House) since the accident, President Lee Myung-bak instructed that the matter be thoroughly investigated and discoveries made public throughly so that not one spot of suspicion arises. Cheon Wa Dae Spokesman Park Sun-kyu reported that President Lee called for the investigation to be made with all possibilities open, but warned against rash speculation.

CFC Commander General Walter Sharp said Sunday that just as Cheong Wa Dae announced, the U.S. military did not detect any unusual movements from the North Korean military, viewing the possibility that the incident was caused by a North Korean provocation as low. Experts believe it relatively more likely the accident was caused by an internal explosion or an external blast from a mine. The survivors, including the Cheonan’s captain, are saying there was no possibility of an internal explosion, however, so learning the cause of the sinking will likely take some time.

The 31 of 58 sailors who were rescued sustained light injuries, and have been transported to a military hospital in Seoul for additional tests, psychological treatment and rest.
http://english.hani.co.kr/arti/english_edition/e_national/412951.html 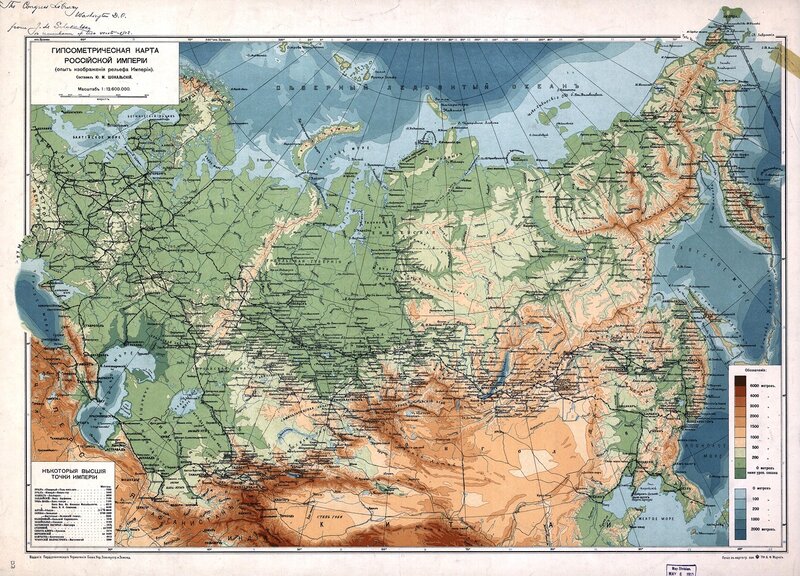 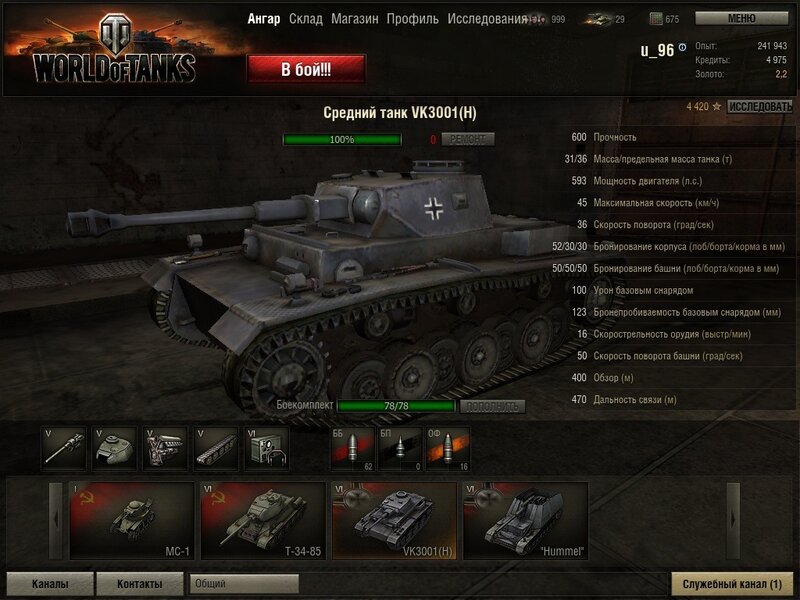