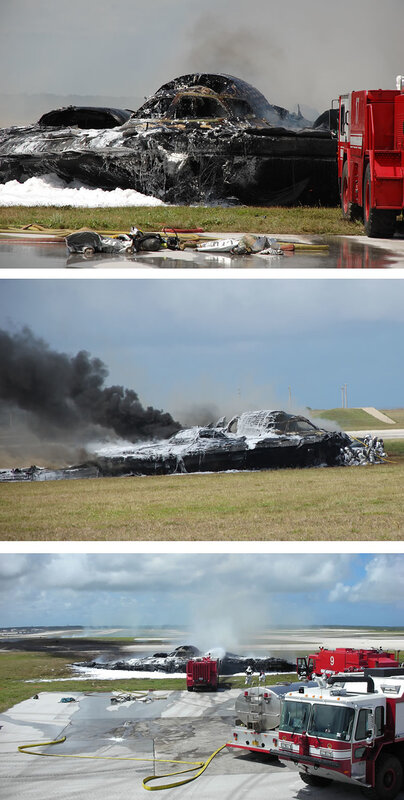 Moisture in the aircraft's Port Transducer Units during air data calibration distorted the information in the bomber's air data system, causing the flight control computers to calculate an inaccurate airspeed and a negative angle of attack upon takeoff. According to the report, this caused an, "uncommanded 30 degree nose-high pitch-up on takeoff, causing the aircraft to stall and its subsequent crash."

Moisture in the PTUs, inaccurate airspeed, a negative AOA calculation and low altitude/low airspeed are substantially contributing factors in this mishap. Another substantially contributing factor was the ineffective communication of critical information regarding a suggested technique of turning on pitot heat in order to remove moisture from the PTUs prior to performing an air data calibration.

The pilot received minor injuries, and the co-pilot received a spinal compression fracture during ejection. He was treated at Tripler Army Medical Center, Hawaii, and released. The aircraft was assigned to the 509th Bomb Wing at Whiteman Air Force Base, Mo.

The cost of the lost aircraft is about $1.4 billion.